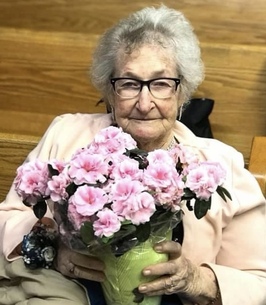 Norma was born in Grayson, KY to the late Albert Sr. and Mary Halterman Swanagan. She graduated from Prichard High School in 1953. She married Hartford Nunley Jr. on September 18, 1954. He passed away on March 22, 1988. She married Arnold Swartz. Mr. Swartz passed away on September 15, 2001. She worked at Westinghouse in Upper Sandusky until her retirement and attended Harvest Time Chapel in Vanlue, OH.

Funeral Services will be Sunday, November 20, 2022, at 11:00 a.m. at the Sparks Funeral Home in Grayson,
Larry Nunley, minister. Burial will follow in the Cribbs Hill Cemetery