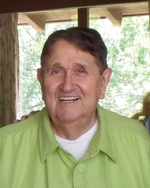 Mr. Barker was born on January 15, 1930, in Burke, Ky, the son of the late Blanche Faye Ison Barker and David Nelson Barker.

Allen was a compassionate Father, Grandfather, Great Grandfather, and brother who loved birds and helping people.

As a career U.S. Army service member, he earned Occupation Medal (Japan), Korean Service Medal with 3 Bronze Campaign Stars, Overseas Bar, Combat Infantryman Badge (CIB), and Purple Heart.
During his tour of duty in the Korean War, he witnessed the devastating effect of the conflict and devoted his life to helping children. As evidence by his large family, he was truly blessed to have angels in his life; Dr. Francis W Schofield (Korean Patriot), Representative – Carl Dewey Perkins (introduced a Bill in Congress for Korean adoption), and many others. He was humbled by the path given him by the Lord and was deeply grateful for his spiritual gift of Compassion.

Funeral services and live webcast will be Friday, March 19, 2021, at the Sparks Funeral Home at 1:00 p.m., Eddie Wiler, minister. Burial will follow at the Kentucky Veterans Cemetery Northeast with military honors provided by the Kenova American Legion Post #93.

COVID precautions and restrictions will be observed.